A Brief History of Dentistry


Remember the days when if you had a toothache, you’d have to go see your barber about it? Though this might sound like something straight out of Sweeney Todd, it was in fact the norm only a few centuries ago.

Wooden dentures, beeswax fillings and cocaine anaesthetic were all a thing once upon a time and were even considered revolutionary for their time. All this seems a world away from the safer, patient-sensitive and more aesthetically-focused industry we know today.

While there is no doubt that dentistry has come a long way from the days of being able to have a tooth removed whilst getting a short back and sides, there does appear scope for further advances in the profession to bring it up to speed technologically with other industries.

How did dentistry begin? 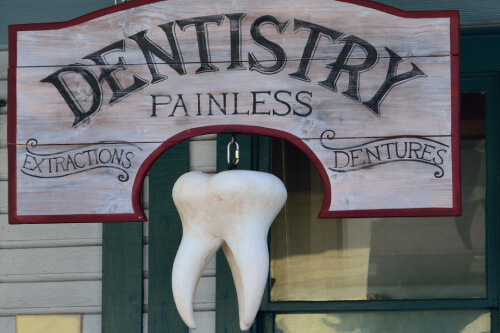 One of the oldest examples of how rotten teeth were treated comes from a skull found in Italy dating from around 14,000 years ago, which shows signs of deliberate scouring and scraping with the use of what would appear a flint tool to partially remove the decayed tissue.

5,000 years after this comes the earliest dental artefact that appears to show the use of a drill to treat teeth. Using the basic materials available at the time to construct a bow drill, the skulls found in a Neolithic graveyard in Pakistan showed molars with precious holes, 1-3mm deep in diameter in the biting surfaces on various teeth.

When it came to figuring out a way to fill these holes, one of the earliest examples of a restorative material comes from Slovenia 6500 years ago in the shape of a dental filling made from beeswax. It is not until 700 AD where we can trace signs of restoratives more familiar to that we know today,  courtesy of Chinese medical text that refers to a “silver paste”.

What was causing these dental cavities thousands of years ago, nobody could be completely sure of, but if you asked the ancient Sumerians and various other cultures, it was tooth worms that would gnaw away at the teeth and gums. 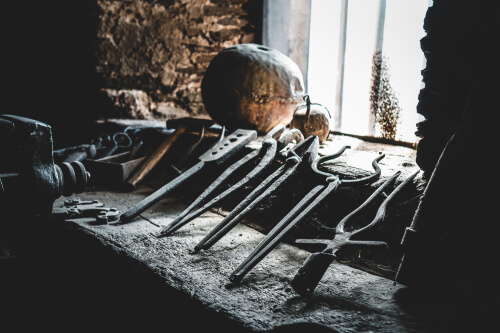 The tale of the tooth worm continued for centuries all the way up to the 14th century AD and the time of surgeon Guy de Chauliac.

De Chauliac is credited with inventing the dental pelican, a dental instrument revolutionary for its time, which took the shape of a pelican’s beak and was used for extractions as late as the 18th century.

Of course, if you needed to be treated with a pelican peak, you’d have to visit a barber or blacksmith for the pleasure, as dentistry was still a few hundred years from evolving from a trade into a profession.

There are several important medical texts available from between the 17th Century BC and 17th Century AD that shed light on the pattern of teeth, treating decayed teeth and extracting teeth, from The Canon in Medicine and Edwin Smith Papyrus, to the writings of Greek scholars Hippocrates and Aristotle and the first book focused purely on dentistry, Artzney Buchlein, published in 1530.

But it’s not until we get to the middle of the 18th century and the ‘Father of Modern Dentistry’, Pierre Fauchard, that the industry begins to more closely resemble that which we know today.


How dentistry has evolved 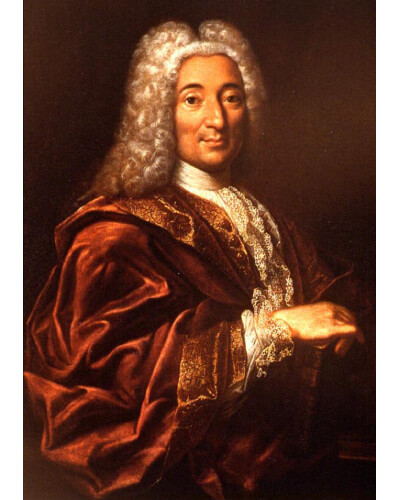 French surgeon, Pierre Fauchard, and his ground-breaking 1728 guide to dental care titled ‘The Surgeon Dentist’, is considered by many the basis of modern dentistry. The book touches on ideas regarding oral anatomy, restoring teeth and creating dentures.

Putting his ideas into practice, Fauchard (pictured) is credited with being a pioneer in dental prosthetics thanks to his suggestions that carved ivory or bone could be used to replace lost teeth and his introduction of dental braces using gold wire to correct the positioning of teeth.

On top of this, Fauchard is also said to have introduced dental fillings as treatment for dental cavities and it was his visionary assertions that sugar derived acids were what was causing dental decay.

Advances in dentistry continued over the next two and half centuries, with the list below only some of those milestones.


How dentistry is changing 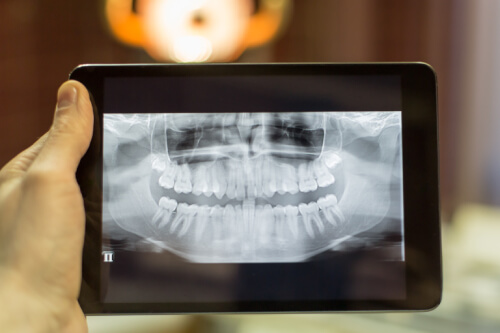 From the 1970s onwards, the dental industry has seen an ever-growing shift towards being a more preventative operation with the 1990s bringing about a huge emphasis on oral health.

The last few decades have also seen the growth in the use of computers and technologies for better clinical analysis and improved patient experience.

Despite this, there does remain a feeling that the dental industry has been somewhat left behind when it comes to high-tech innovation and that it could do more. However, several ideas and trends that have appeared over the past 10 years suggests this digitalisation gap may be shrinking as the industry experiments with different ways to incorporate technology.

Examples of this include the rise in computer-based technologies, such as CAD/CAM, which is used to design and manufacture crowns.

X-rays are also becoming arguably faster and more efficient with the introduction of digital x-rays which ditch the need for film and instead use an electronic sensor or phosphor plate to scan inside the mouth.


The future of dentistry 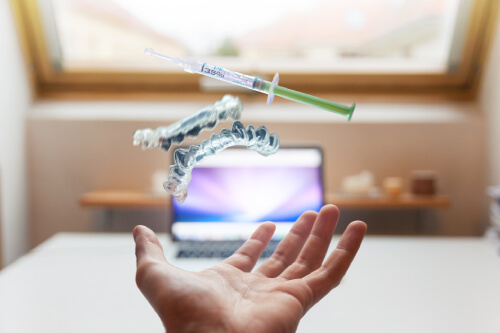 The advancement in digital dentistry shows no signs of slowing down and its importance for the future has been highlighted further during the Coronavirus pandemic as physical visits and diagnosis have been restricted.

During lockdown, many patients and dental practices have been forced into smartphone dentistry, which has included video consultations and ‘virtual visits'. Dental targets around sustainability and lowering the industry's carbon footprint are also likely to involve limiting patient and staff travel where possible to cut unnecessary emissions, as well as a greater reliance on greener dental products.

There is a feeling that aside from clinical treatment, a lot of what dental practices have traditionally done in the surgery could be done remotely, and that the future of digital dentistry has the potential to be time saving and financially beneficial to both patient and practice.

Another trend that is already booming and looks set to grow further is dental cosmetics. The rise in video calls brought about by the pandemic have only made people more aware of their teeth and smile, meaning teeth whitening solutions, such as aligners and Big White Smile, will only grow in popularity. Recent figures suggest that demand for teeth whitening will see a CAGR (compound annual growth rate) of over 4% between 2019 and 2025.

What Does a Dental Nurse Do?

Examining the Rise of Teledentistry

Product Compare
0 out of 5 selected